I self-published my very first Kindle book back in October 2012 with the straightforward title How to Make Money as an Amazon Associate. The book serves as a guide to explain how to earn money from Amazon’s affiliate program.

Leveraging my past successes (example 1 and example 2) I was able to lean on a lot of my existing knowledge to quickly write and publish the book in roughly a week.

The main reason for publishing the Kindle book was to answer the simple question:

Can you make money with short Kindle books?

In first year I earned $4,534.41 while pricing the book for $2.99 most of the time. Not bad for one week of work but not exactly massive either.

Here’s the original chart I created for my 1 year income results blog post: 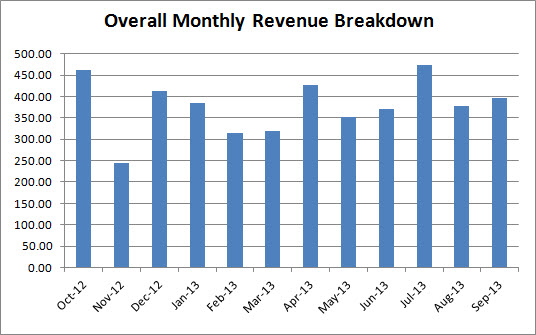 In my original results post I shared a goal to publish 50 Kindle books that generated $5,000+ a month by November 2014 so that I could add yet another income stream to the mix.

I never completed the 50 book goal in part because I stumbled upon selling physical products on Amazon and later devoted much of my time to building Salesbacker (SaaS for Amazon sellers) and AmaSuite (research tools for Amazon sellers).

I did go on to outsource book creation for 3 other book titles published under a pen name in a completely different niche but the income results were never really enough to justify spending much more time on it. I made a few thousand dollars or so.

So why am I writing this blog post today?

It’s been 4 years since I published the book and I wanted to share with you what the long term earning potential looks like for shorter self published book titles.

Here’s the income breakdown by year for this one Kindle book: 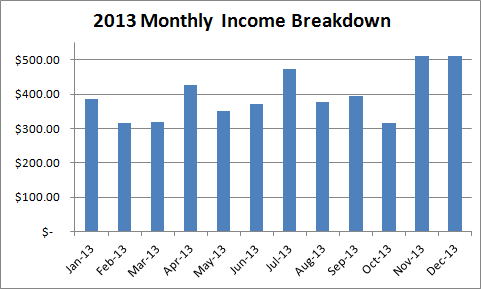 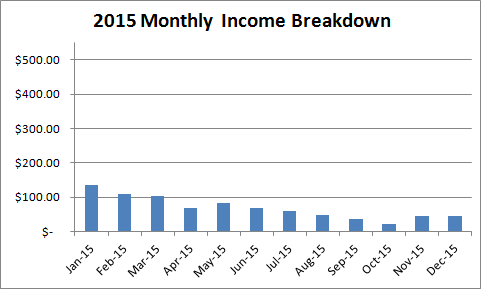 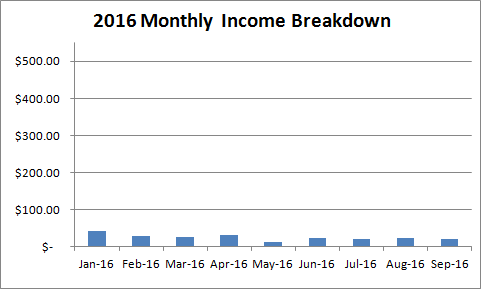 The income total here only covers what I made from book sales, but the book has the additional benefit of helping get more people onto my email list and helped to further promote our WordPress plugin for Amazon affiliates – EasyAzon.

*Amazon changed their reporting in August 2014 and so October 2013 to August 2014 numbers may be slightly off. Did my best to recreate the earnings by month.

Why did the income fall off a cliff?

There were several reasons which contributed to the decline in book sales:

When I first launched the book I ran a few free and discount promotions, mailed my email list and pushed sales using outside traffic. This is a must if you want to generate sales for your book especially in the early days. Frankly I forgot about the book while being busy working on other much larger opportunities and for the past 2 years I’ve done zero promotion.

Over the past several years more authors wrote their own books covering this topic which lead to more competition for keyword rankings and fewer sales to go around for everyone. I’m sure I brought some of this competition upon myself with the original case study blog post. I don’t have historical data from when I first published my book but if you search Amazon Associates today and sort by books you’ll find a lot of titles published in the last several years.

3. Amazon changed how authors were paid

One major change Amazon implemented back in mid 2015 was to move from one system of payment called KOLL (Kindle Owners Lending Library) to KENP (Kindle Edition Normalized Pages Read). Amazon used to pay authors for readers that “borrowed” the book as their free title as a part of the Kindle unlimited program. Amazon likely realized that they could get by paying authors less and so they instead switched to a metric that’s related to how many pages are typically read for a book and then pay out based on that.

Here’s the difference from KOLL to KENP:

By mid 2015 the book income had already dropped well off the years prior but this change accelerated the drop in income.

What is my advice for prospective authors?

Most non fiction authors of “real books” spend months or longer to write a book. I literally spent about a week putting the book together using content and past knowledge that I had already accrued so the process was incredibly simple.

If you’re trying to accomplish what most traditional non fiction authors are doing with their books to help secure speaking engagements or provide some other business benefit it makes sense to write a “real book”.

Yah probably, but as someone that doesn’t particularly enjoy writing there are plenty of other great online business models for me to pursue.